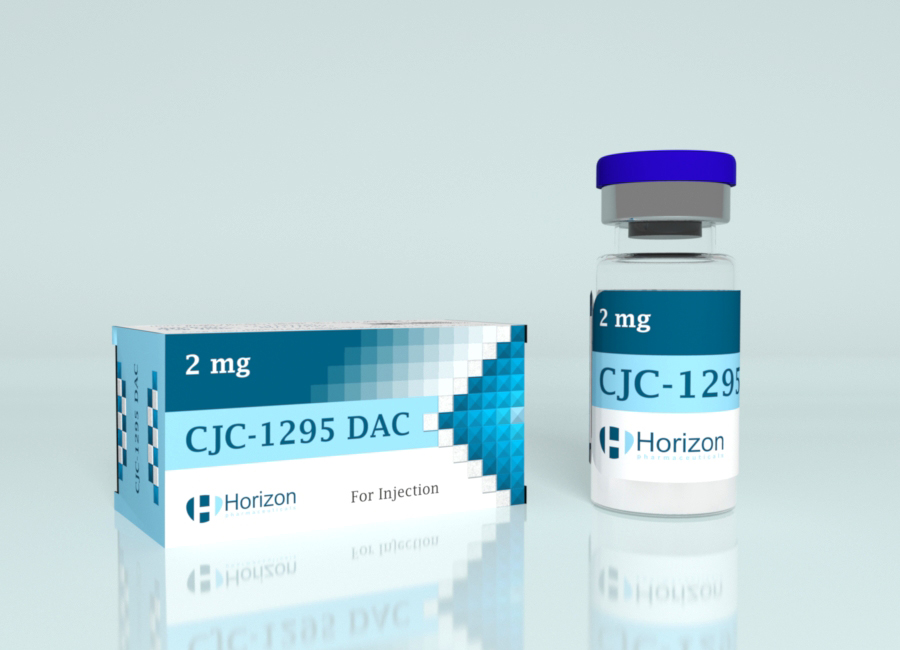 CJC 1295 has shown promising results as a Growth Hormone Releasing (GHRH) analog. Not only has CJC 1295 shown potential to increase growth hormone and IGF-1 secretion and effects, but it has been able to do so in very large amounts. CJC 1295 stimulates Growth Hormone secretion and will keep a steady increase of HGH and IGF-1 with no increase in prolactin, leading to fat loss, and increased protein synthesis thereby promoting growth.

Various experiments have been conducted to test the effectiveness of CJC 1295-DAC in vivo and the Journal of Clinical Endocrinology & Metabolism has reported dose-dependent increases in mean plasma GH concentrations by 2-10-fold for more than 6 days and increased IGF-1 concentrations 1.5-3-fold for 9-11 days after a single injection. Mean half-life was shown to be 5.8-8.1 days, also after multiple doses mean IGF-1 levels remained above baseline for up to 28 days. No serious adverse reactions were reported in any group.

Another benefit of CJC 1295 is its ability to promote slow wave sleep. Slow wave sleep is also known as deep sleep and is the portion of sleep responsible for the highest level of muscle growth and memory retention. Slow wave sleep, SWS, decreases significantly in older adults and with people who tend to exercise late in the evening. Clinical studies have shown that a once-daily administration of CJC 1295 normalizes GHRH response and can induce significantly deeper sleep.

Reconstitution generally involves little calculation, but it is not rocket science. Let us make these calculations a little easy for you. The calculations though vary from individual to individual depending upon their goals and experiences.

The preferred method of calculation is reconstituting the 2 mg CJC-1295 DAC vial with 2 ml sterile water or bacteriostatic water. A little tip here is to clean the top of the vial with an alcohol swab to remove any contamination from bacteria before reconstitution.

The reconstituted solution of CJC-1295 DAC should always be refrigerated at around 8 degrees Celsius before and after its use. The solution should not be exposed to direct sunlight or heat as it can change the properties of the solution.