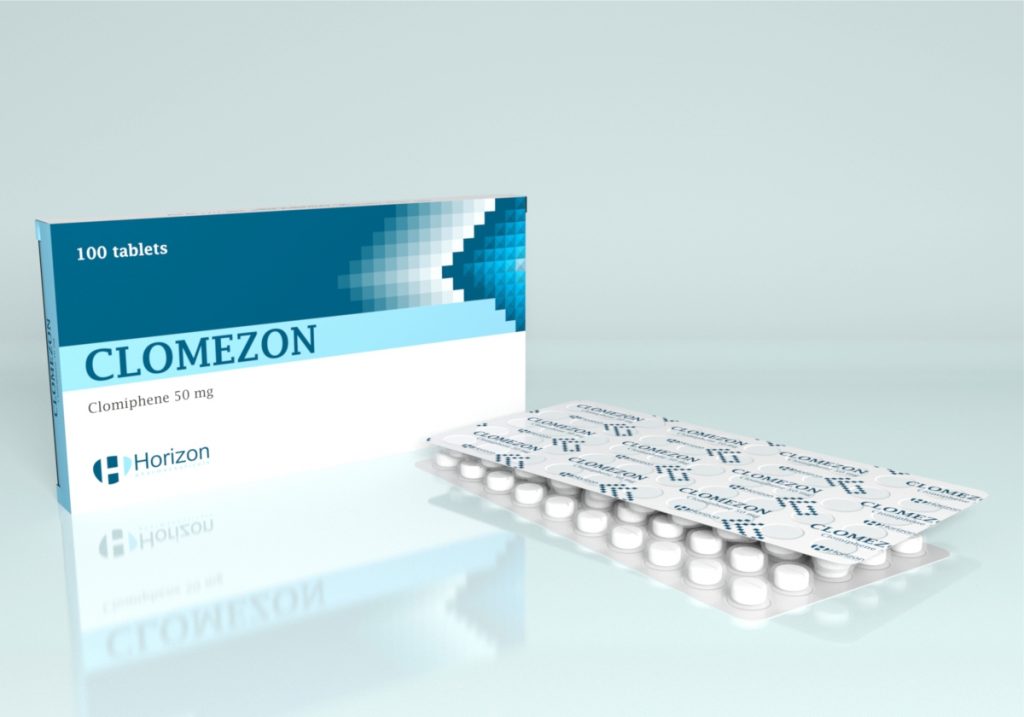 
Clomezon (Clomiphene citrate) is chemically a synthetic estrogen with both agonist/antagonist properties. It is an anti-estrogenic drug that is prescribed to women to treat anovulatory infertility.

In men, Clomezon (Clomiphene citrate) also acts as a partial anti-estrogen, is commonly used to counter the side effects caused by elevated estrogens subsequent to the use of certain anabolic/androgenic steroids including gynecomastia and increased water retention. As an anti-estrogenic drug, Clomezon (Clomiphene citrate) may also produce an elevation of follicle stimulating hormone, and luteinizing hormone levels, which can elevate testosterone production.

Some patients using Clomezon (Clomiphene Citrate) notice blurring or other visual disturbances such as spots or flashes. These symptoms occur more frequently at higher doses or longer durations of therapy, and often disappear within a few days or weeks of use. Prolonged visual disturbances have been reported after the discontinuation of Clomezon (Clomiphene citrate) therapy, however, and in some cases may be irreversible.

Those taking Clomezon (Clomiphene Citrate) should be warned that these symptoms might make activities like driving a car or operating heavy machinery more hazardous than usual. While the exact cause of these visual symptoms is not yet understood, it is advisable to discontinue treatment and have a thorough medical/ophthalmological examination should they occur.

Clomezon (Clomiphene Citrate) tend to be somewhat intrinsically estrogenic in the liver. Estrogenic action in the liver is important in the regulation of serum cholesterol (it tends to support HDL synthesis and LDL reductions). Since steroid-using bodybuilders are already dealing with the negative cardiovascular effects of these drugs, compounding the issue with aromatase inhibitors (which will lower total serum estrogen levels) may not always be the best option. Using a drug that blocks gynecomastia, for example, while at the same time supporting improved cholesterol values, might be much more ideal.

To mitigate the estrogenic side effects of anabolic/androgenic steroid use, a daily dosage of 50-100 mg (1-2 tablets) is usually administered while any offending steroids are taken.